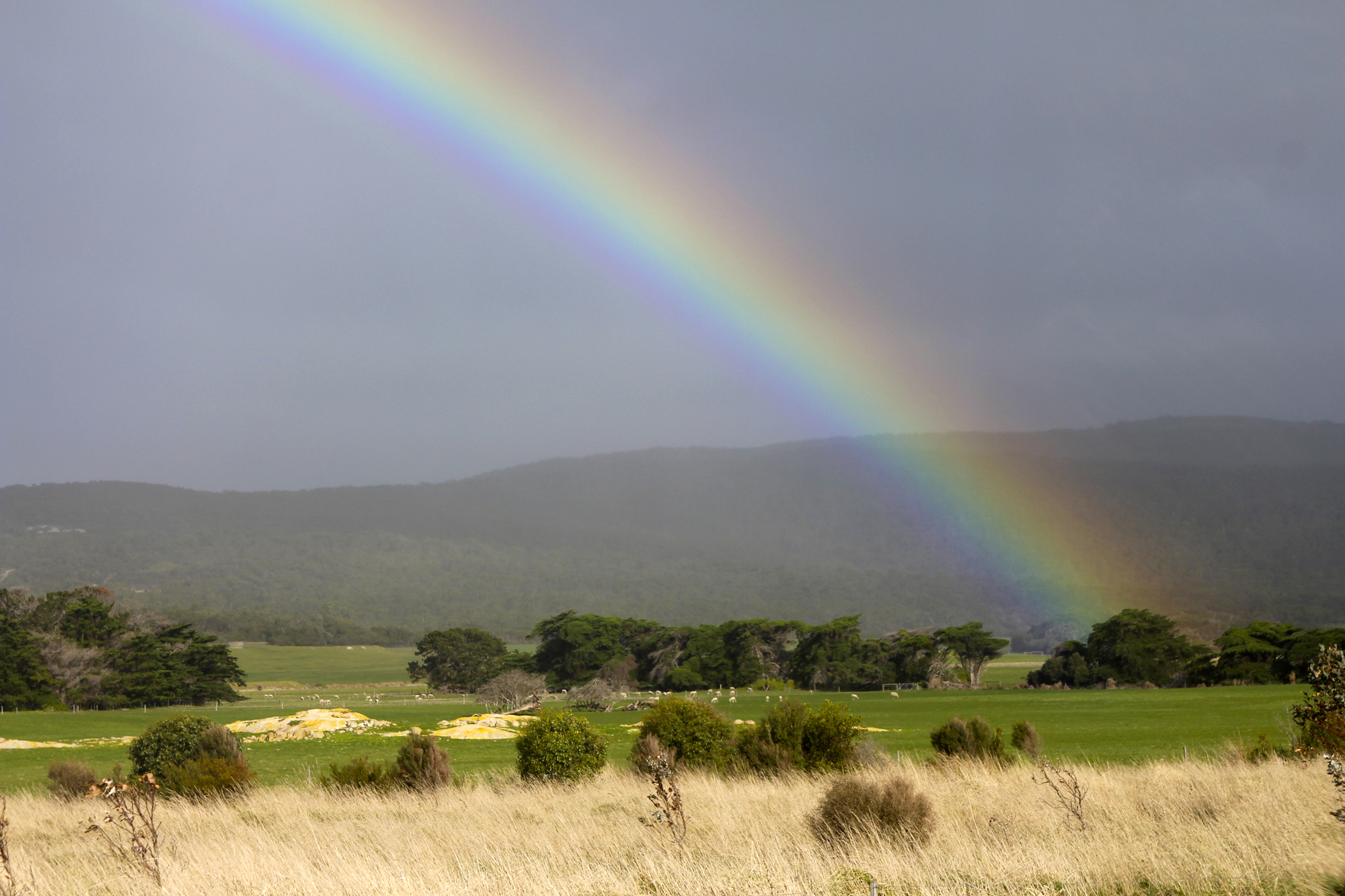 Forgotten Corners has just won the Small Press Network’s 2020 Book of the Year! 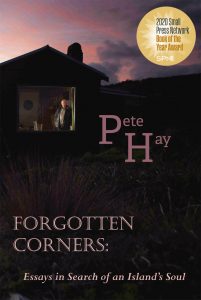 By now the news is likely to be known.  But for those of you who are still in the dark, Forgotten Corners has just won the Small Press Network’s 2020 Book of the Year!  (Here is the SPN’s announcement and judges’ statement). I’ve known for a few days now, but was under the thumb of an embargo.  In fact, even the announcement of the short list was embargoed for a period.  And just as it was lifted, and I was on the verge of posting the good news, I was informed that I’d won, and I was back under an embargo.

I’m over the moon.  As a dedicated champion of small press publishing, there’s not a single award in Australian literature I’d swap for this one.  All power to the Small Press Network, then – long may it prosper.  This is the way of the future, I think.  With the book as a physical artefact under threat from developments in the digital world, it is the small publishing sector that has the requisite flexibility, and the requisite economy of scale – these being, paradoxically, downscaled economies – to keep the book, this beloved physical item, alive and well as we head into an unhinged future.  In large part this is because small presses can cater to specialised, focused demand – geographically and socially specific demand – and that is the key, I think, to future resilience.

I would be passionate about small press publishing, though, even if there were no economic imperatives at play.  Because, in a globalising world, what is most at risk are those crucial ties to local place and local biophysical distinctiveness that make for a marvellous world of richness and variation.  I would only want to live in such a world.  I would only want to live in a world with a cornucopian abundance of lifeforms – and these would, necessarily, require geographically specialised environments.  Niche specificity.  And I would only want to live in a world of abundant cultural diversity – a world of linguistic, artistic and folkloric richness.  As against the looming spectre of cultural greyness – uniformity of architecture, lingo, cultural product, and even technology – such that the entire world becomes a variation on Indianapolis, or Smallville.

The large publishers, in my view, are unwitting participants in that cultural greying. Whereas small press publishing does the opposite.  It valorises place and cultural particularity, and, in the doing, is a force for the maintenance of wonder in the world, and not the dismal homogenisation creeping ever closer.

For many years my own publisher at Walleah Press, Ralph Wessman, has supplied the key literary infrastructure of the island at the end of the earth.  He merits all good things that come his way.  Forgotten Corners owes its award to Ralph, who entered the book in the first place (I’m not much of a one for entering literary awards).  So thanks Ralph, my dear old mate.  Just now I’m remembering the time Ralph got Flanagan and Hay hideously drunk, then taped us as we argued incoherently about the rival merits of two types of potato!  (Hint:  Bismarks won.)  All is officially forgiven Ralph!

At the virtual event late yesterday afternoon I might not have made the best choice of what to read, but it wasn’t the worst choice I could have made, either. A tad too cerebrally demanding – an undemanding but entertaining story might have better fitted the bill, and there are plenty of those in Forgotten Corners.  Concerning which, if you haven’t already read it, please do – on behalf of my badly misunderstood island.

And here I leave you with some forgotten corners of the island. Click to view larger images. 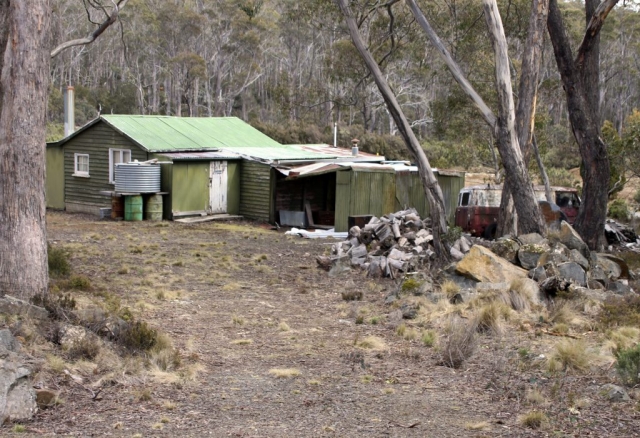 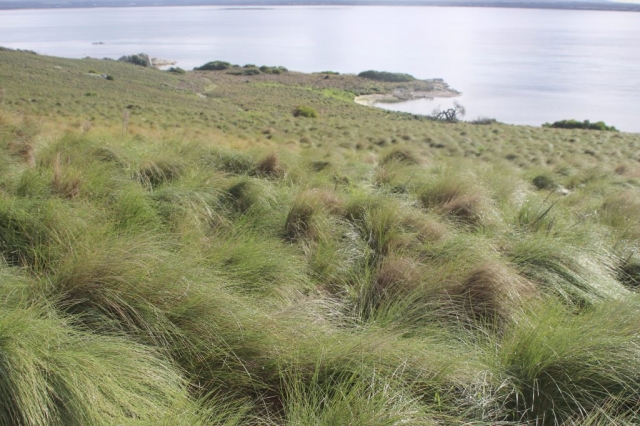 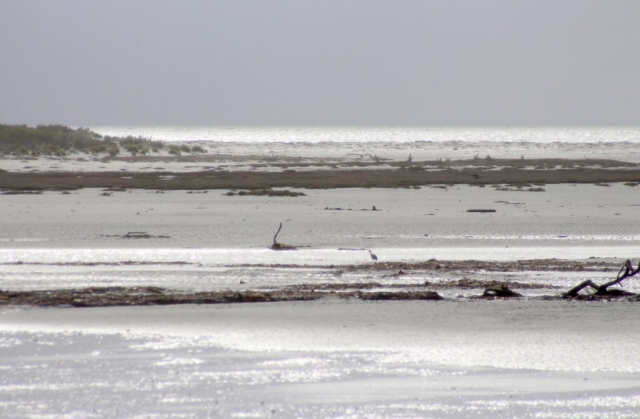 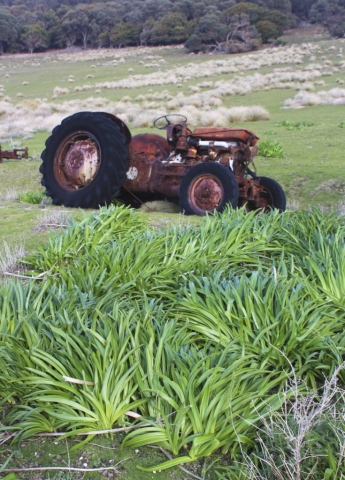 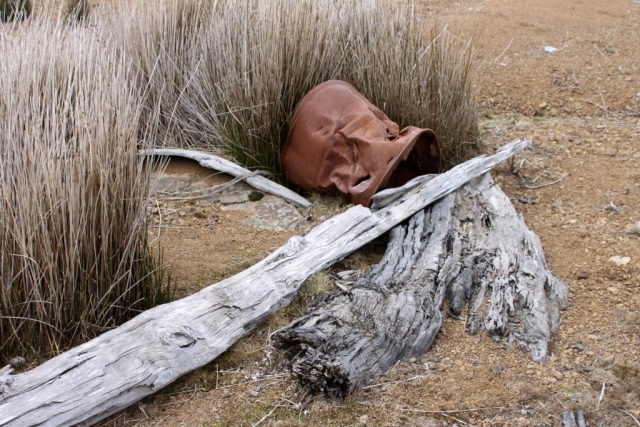 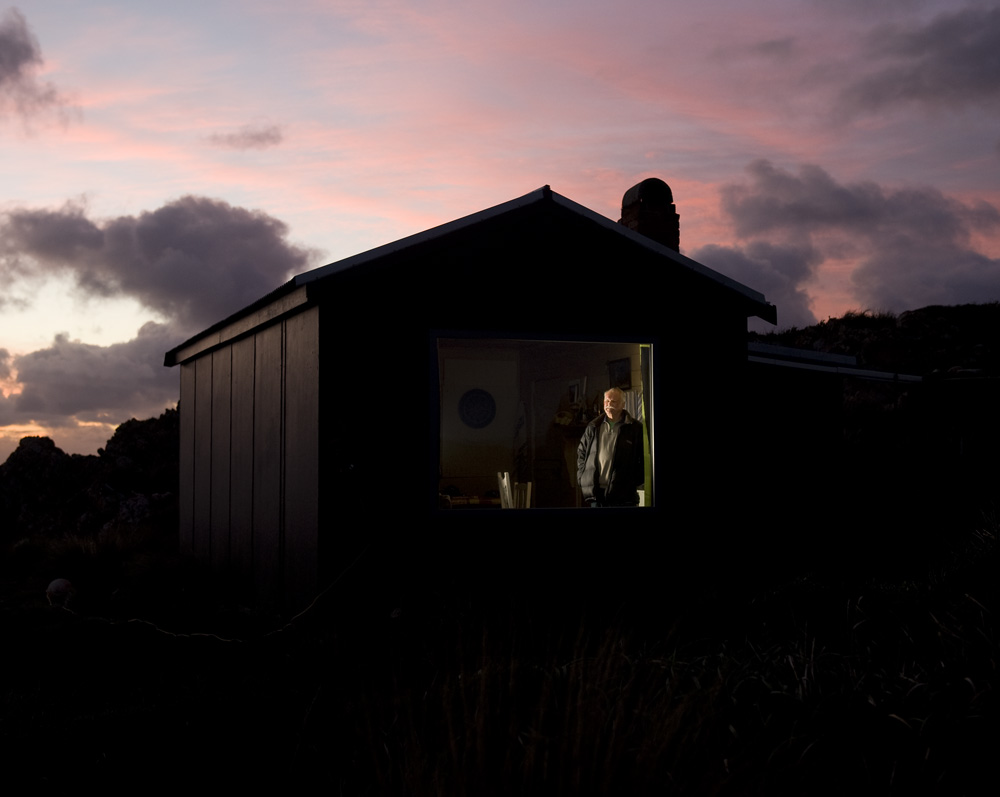 I’ve neglected you, dear friends, for an unpardonably long time. There’s a reason, though. I’ve been preparing a book of essays for publication and it’s primed and ready to go. The marvelous Ralph Wessman of Walleah Press has put it together, and as usual, he has done a brilliant job. Matt Newton, who features in my pages more than once, took the cover photo – that’s me in the window of the late and sorely missed ‘Joe’ (Jeff) King’s shanty at King’s Run on the Arthur Rive coast. Forgotten Corners is the main title of the collection, and its sub-title is Essays in Search of an Island’s Soul, which is more than a tad saccharine, but certainly conveys the sense of the book.

This is my first book-length publication since Physick: Catharsis and the Natural Things, and I want it to have just as much impact. It’s 17 years’ worth of published essays END_OF_DOCUMENT_TOKEN_TO_BE_REPLACED

… since I last posted. There have been two more performances of Indignados!, one in the inner-Hobart Latin American cafe, Yambu, and the other in the very beautiful Eaglehawk Neck Community Hall. Each was a triumph, and in both cases we had a full house. As I’m about to go to Greece for a month END_OF_DOCUMENT_TOKEN_TO_BE_REPLACED 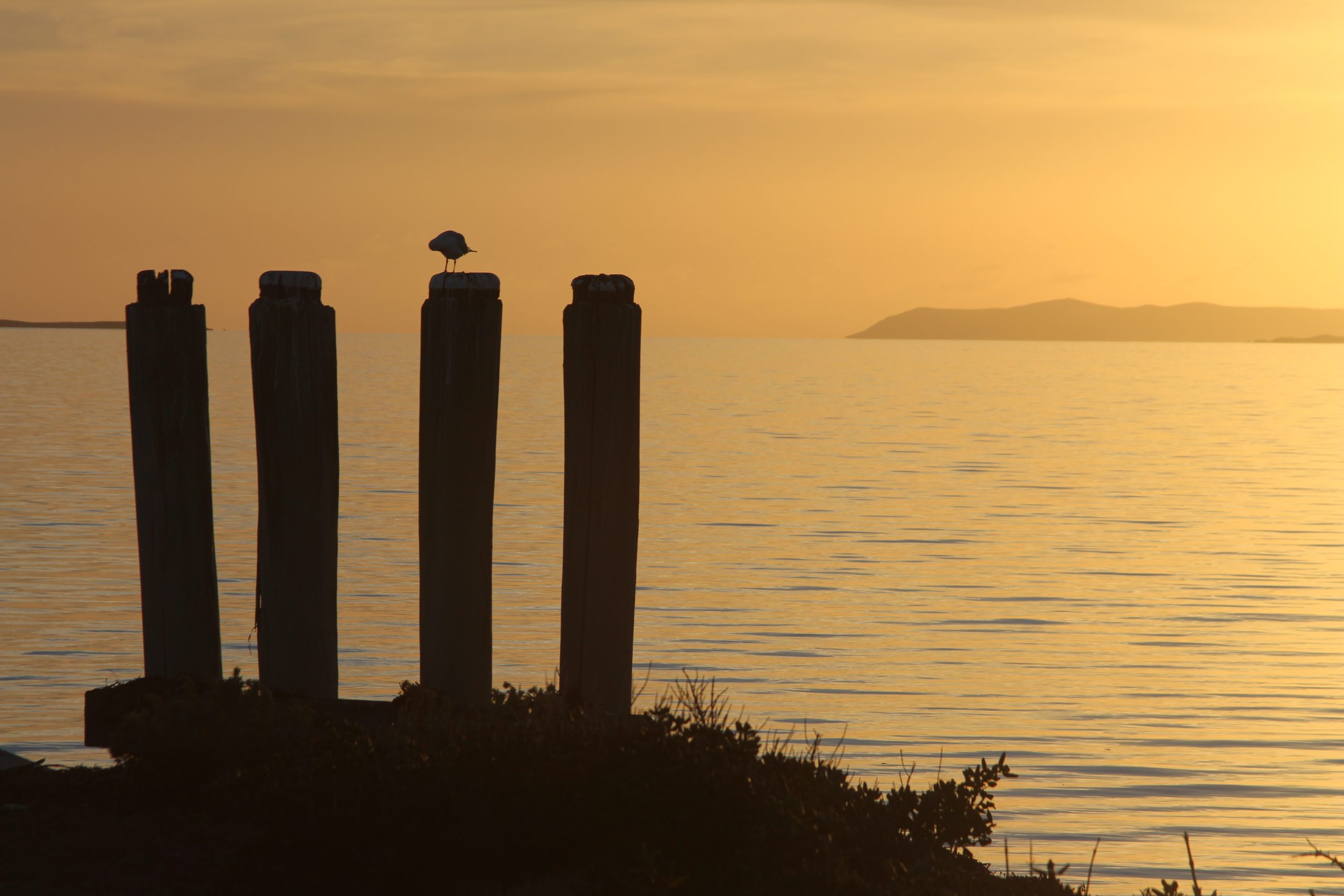 Everyone is talking about story. In Hobart, story events are all the go. In a recent Tas Weekend piece Amanda Ducker surveyed the landscape of story events in Hobart. But she missed some of the history. END_OF_DOCUMENT_TOKEN_TO_BE_REPLACED 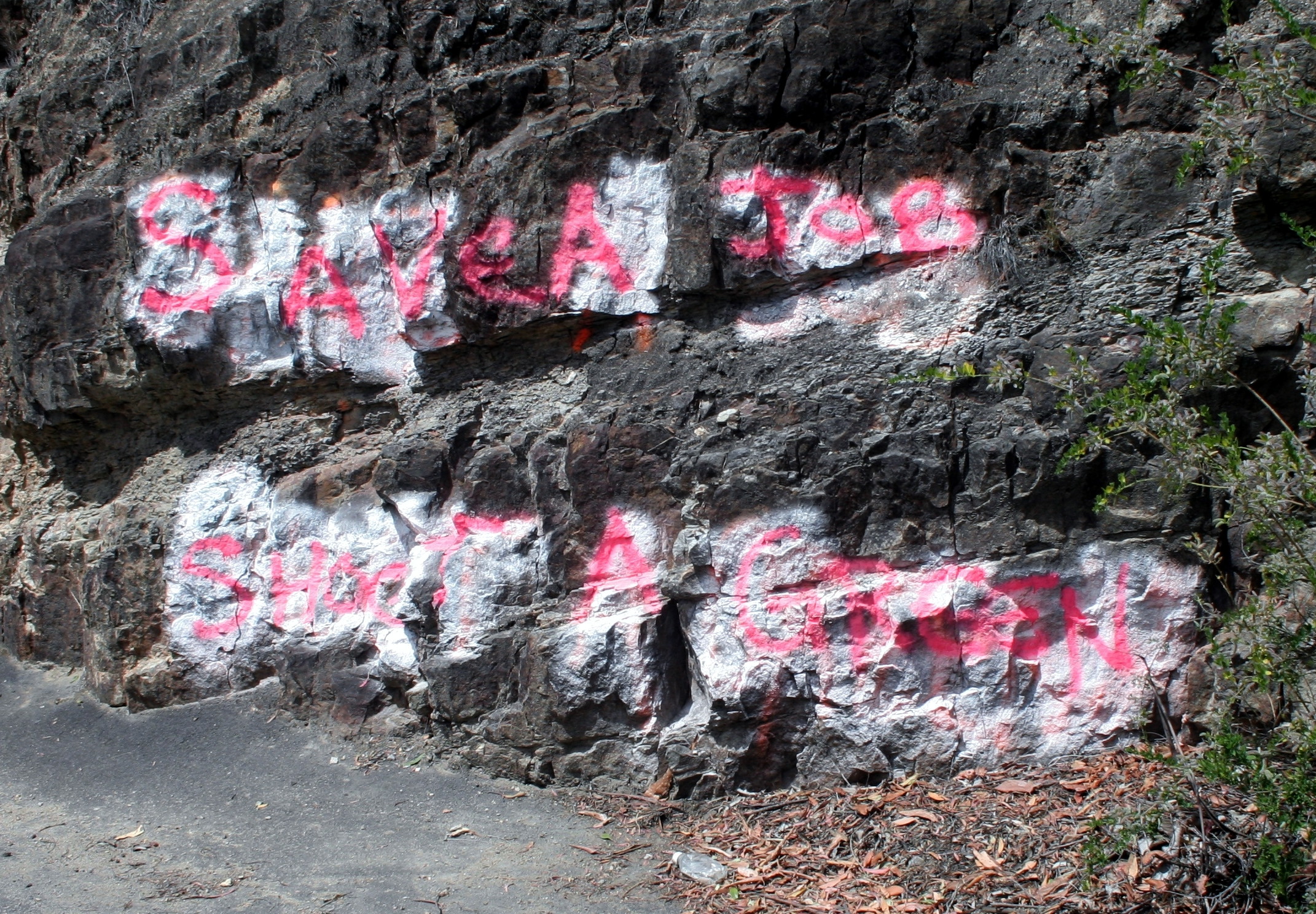 This is the paper I gave at The Tower at the End of the World Conference in Torshavn, Faroe Islands, in May 2017. It was exceedingly well received, though very many people couldn’t calibrate their aural senses to my north west coast twang! Among a conference full of exotic people, I was by far the most exotic – almost a Thylacine. END_OF_DOCUMENT_TOKEN_TO_BE_REPLACED 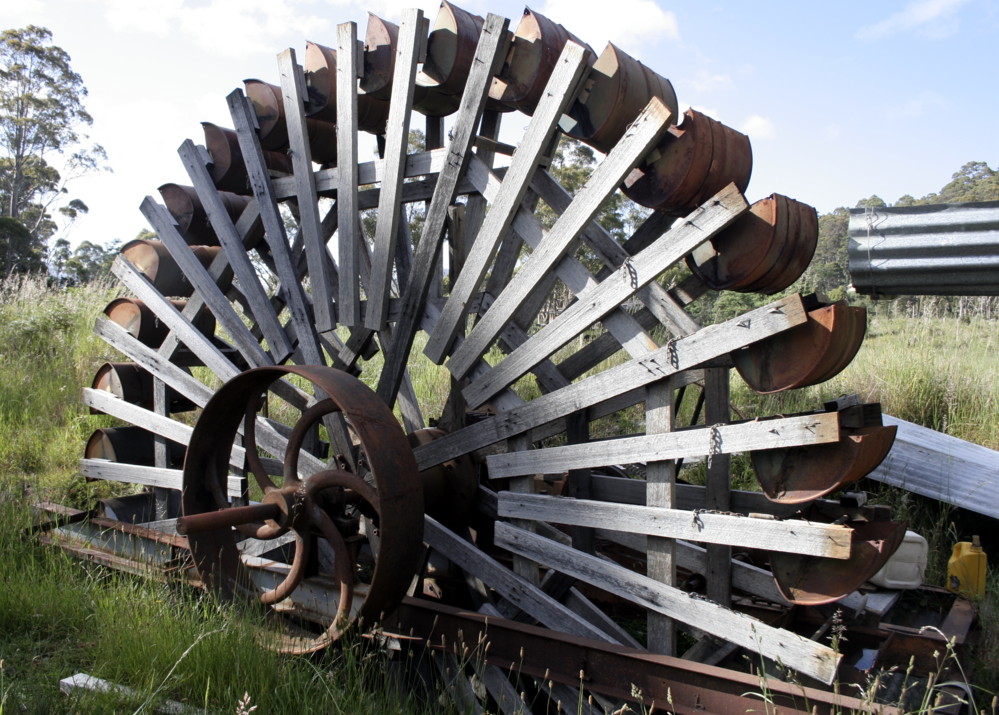 This is my favourite paper, and exists in article and essay versions.  The one posted here was published in Geographical Research in 2008.  It clearly refutes the notion that the sawmilling and specialty timbers communities are 100% supportive of exploitative industrial logging, and offers is a dramatic corrective to accepted wisdoms in my island’s ongoing hemorrhaging over the fate of the forests. END_OF_DOCUMENT_TOKEN_TO_BE_REPLACED 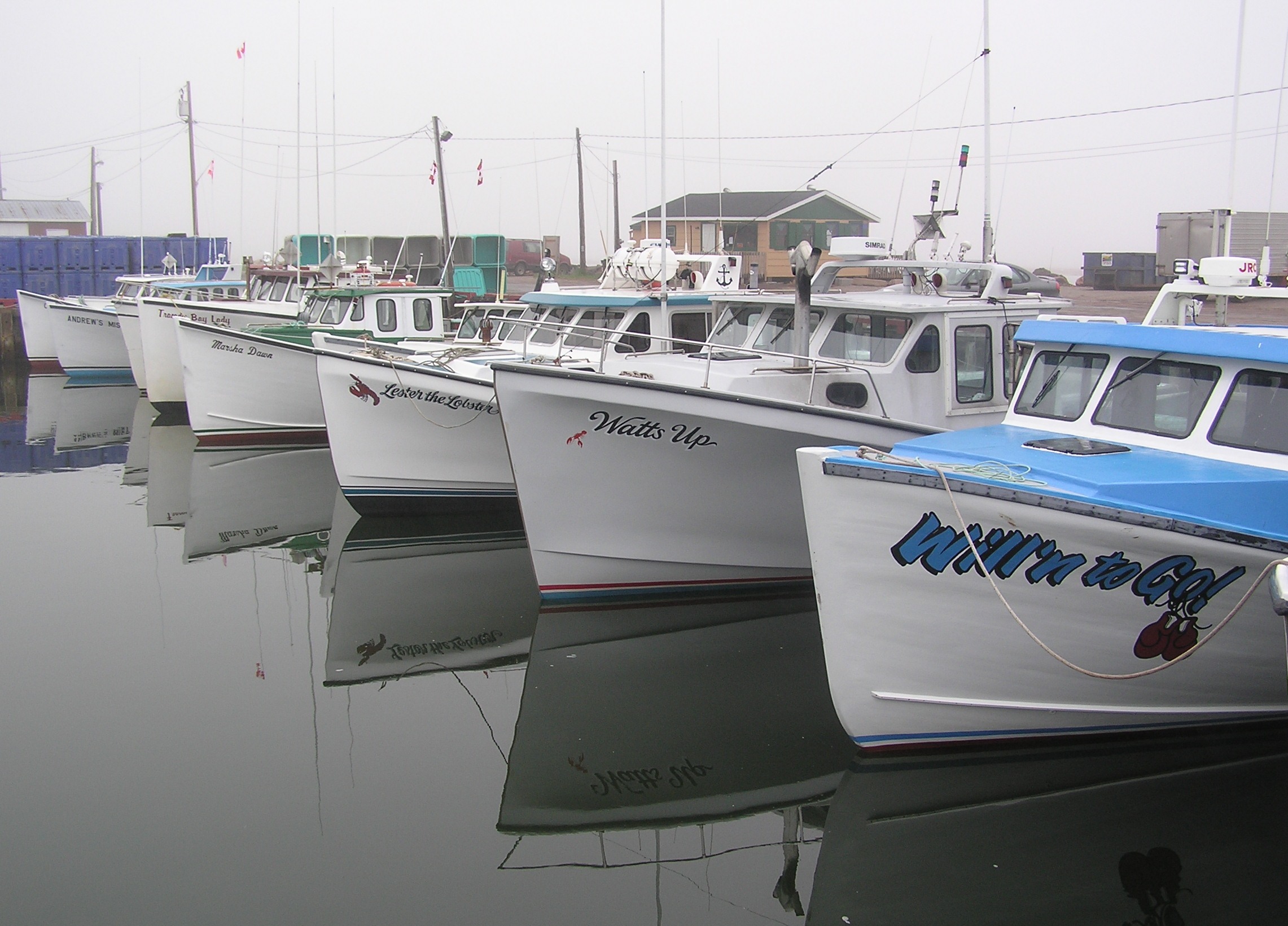 This paper, published in Island Studies Journal, extends, in important ways, some of the many themes discussed in my 2007 paper, ‘A Phenomenology of Islands’. The paper crucially considers the role of the sea in the construction of a collective island psyche. I think this is a superior paper END_OF_DOCUMENT_TOKEN_TO_BE_REPLACED 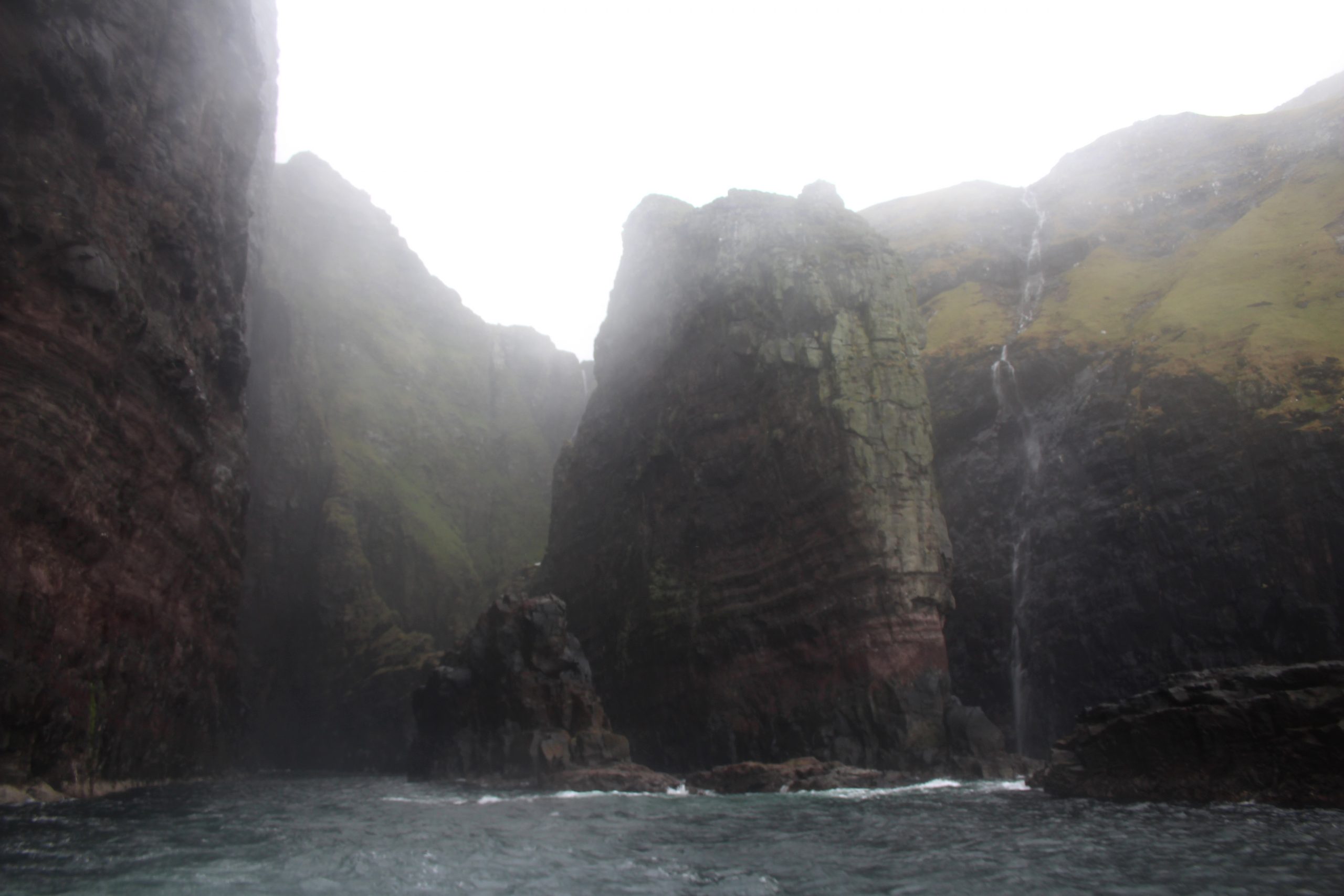 This paper was published in the very first edition of Island Studies Journal, and at the time of this posting, remains the most frequently cited paper of all those published in that journal.  I spent my final academic years as a committed phenomenologist, and I still am, but don’t let this apparently unfriendly word deter you END_OF_DOCUMENT_TOKEN_TO_BE_REPLACED 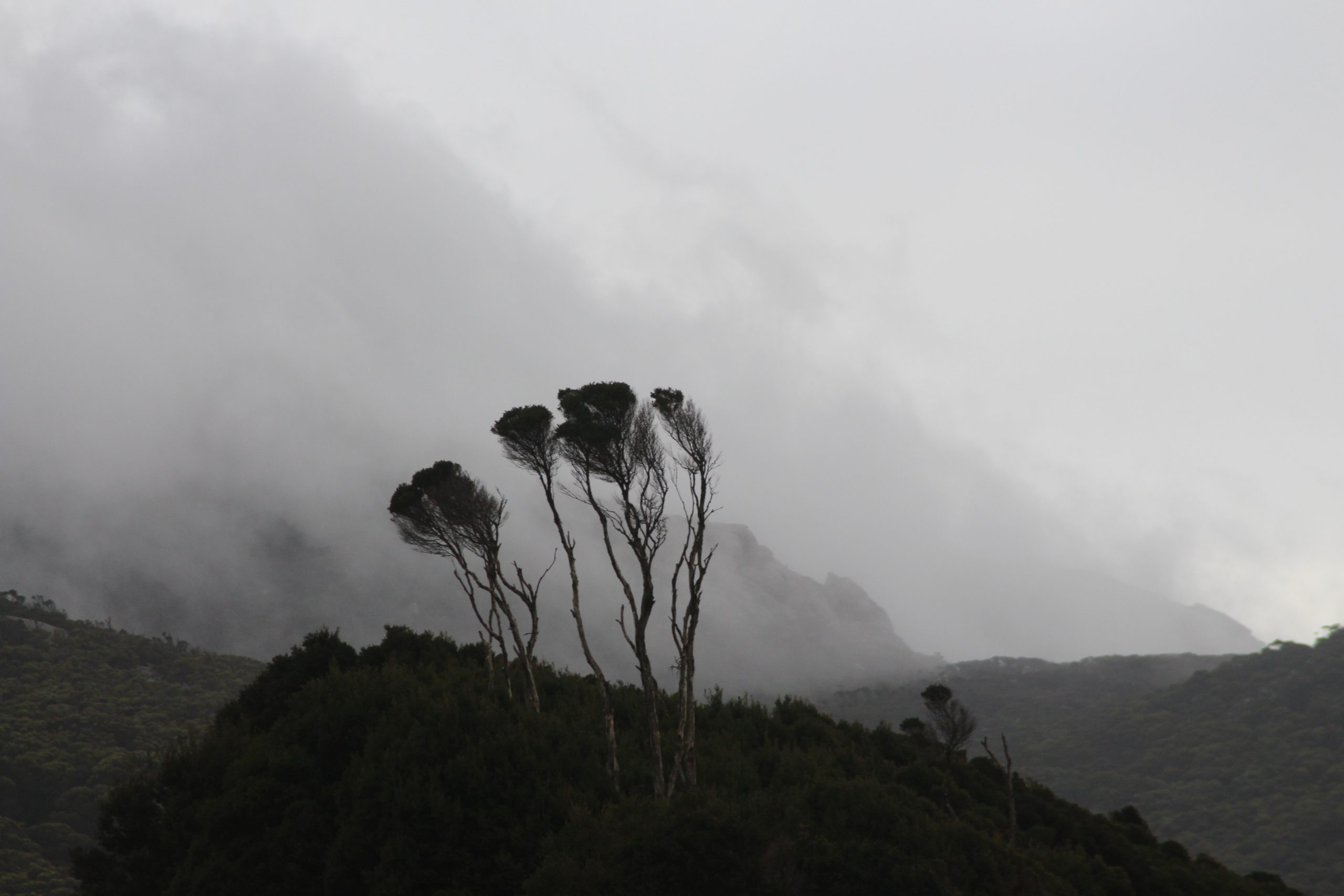 This little paper exists in article and essay forms. It gets cited surprisingly often END_OF_DOCUMENT_TOKEN_TO_BE_REPLACED 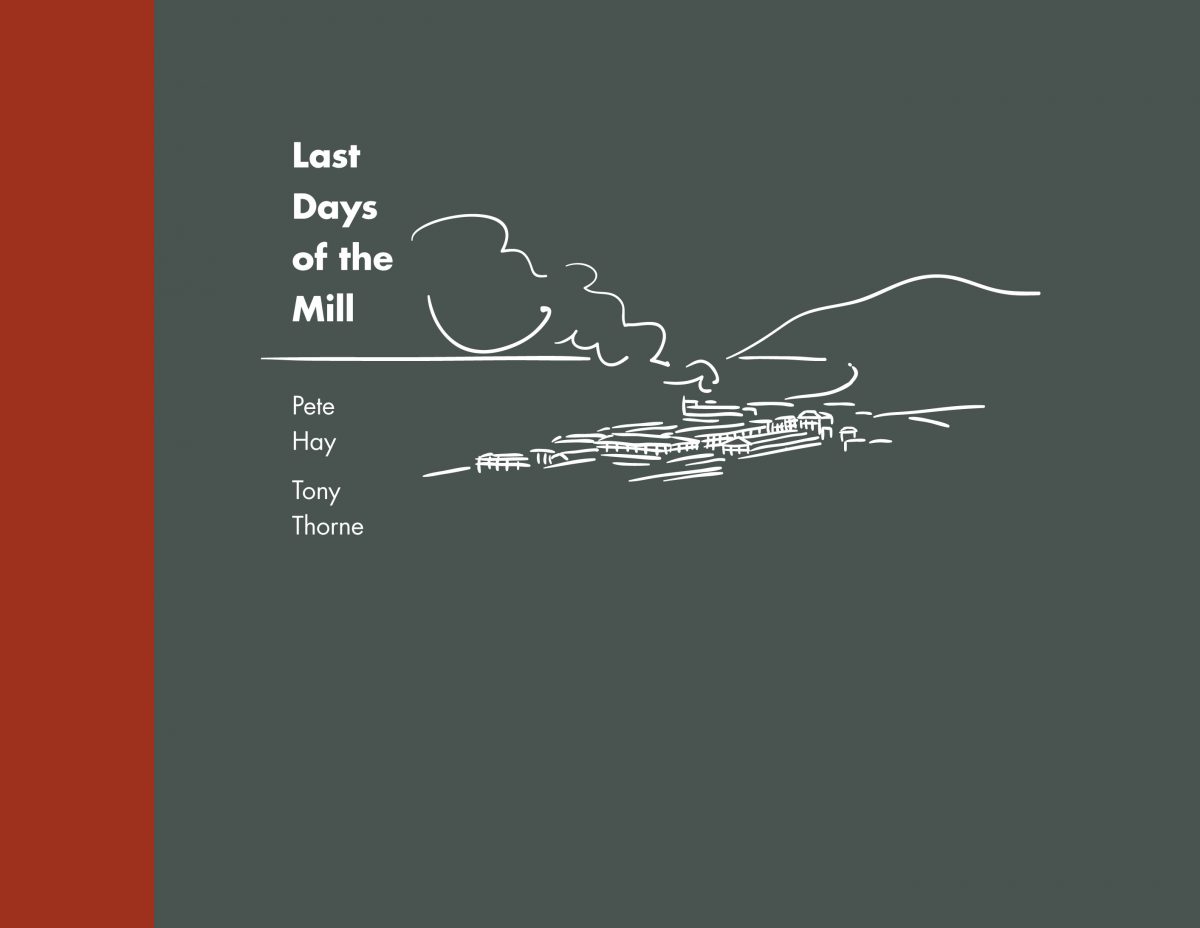 My collaboration with my artist friend Tony Thorne, that culminated in Last Days of the Mill (a finalist in the 2013 Tasmanian Book Prize), left me with profound ethical misgivings on one particular score. In this 2017 paper, I face that demon down. END_OF_DOCUMENT_TOKEN_TO_BE_REPLACED