I can and should report on the launch of Forgotten Corners, and only a case of the aw-shucks has stopped me from reporting earlier. Despite a massive swag of apologies (pre- and post-launch), a full house turned out at the Hobart Bookshop – now, sadly, on the market, though likely to trade on cheerily for some time yet. Geordie Williamson, sans-notes, gave the most extraordinary launch speech. He left me with a seriously swollen head, and the dismaying thought that once he’d finished I’d have to follow. Howsoever, I did. It was a terrific night, even if our host, the legendary bookseller, did tell an outrageous story about me. And even if no-one thought to tape Geordie’s speech. Oh yes, and so many copies were sold that 3 days later the entire print run was exhausted. Not to worry, though – additional copies have arrived from the printer this very day. Should you not live in Hobart you can order a copy from the publisher, Walleah Press, or from The Hobart Bookshop.

But there’s no rest for the wicked. I’ll be on my feet again on Friday evening, opening an exhibition of photos themed around the island’s mythical west. The featured artist is Brisbane photographer, Marc Pricop. I say Brisbane, but this is really an historical accident – Marc is a thoroughgoing west coaster, and to walk into this exhibition is to step straight into the West Coast its very self. It all happens in Ilona Schneider’s generous studio space –TopSpace StudioGallery – at 109 Elizabeth Street, in the CBD – walk into Fast Forward Digital and climb the stairs (yes, keep climbing, right to the top). It’s scheduled to start at 5pm. 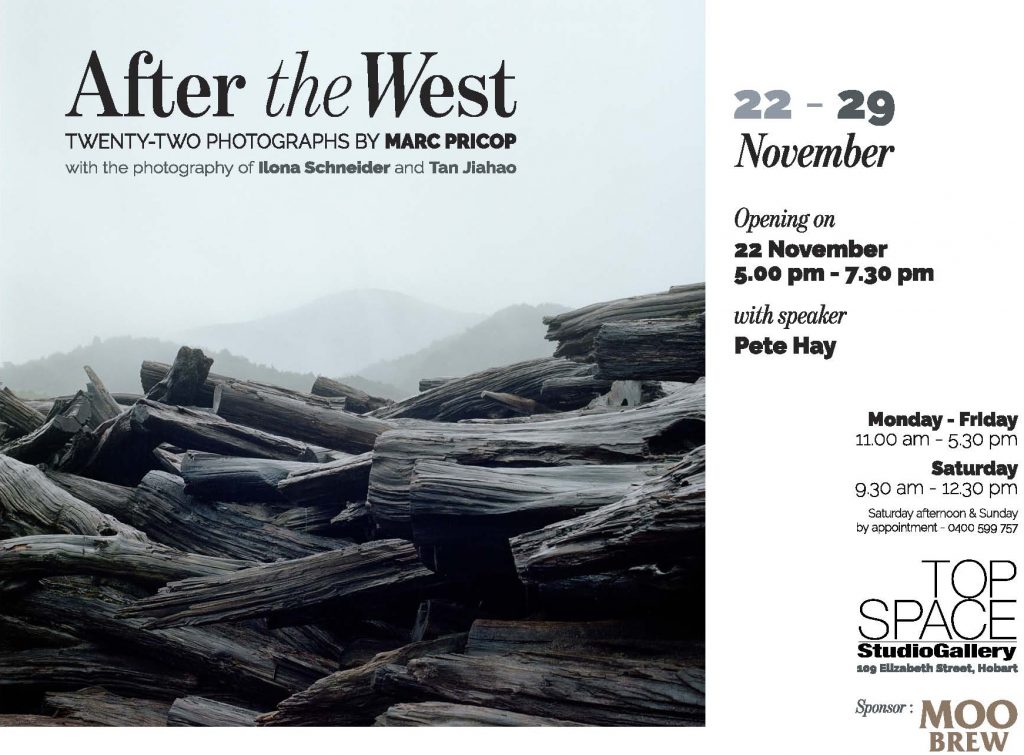 Speaking of the West Coast, I’ll literally be there on Saturday 30th of this month, with my trusty guitarist collaborator, Paul Gerard. We’re performing Indignados! at the magnificent old Paragon Cinema. Two years ago we performed An Evening in Andalusia there, and it was one of the great nights. That very day Richmond, against the odds, took out the AFL Premiership, but that’s not what I mean when I say it was one of the great nights. And we hope to do even better this time – I won’t have a scratchy throat for one thing – so if you’re on the coast that weekend, get yourself along to the Paragon. $15 will get you through the door, or $10 if you’re eligible for any concessions. Tickets are available at The Paragon. 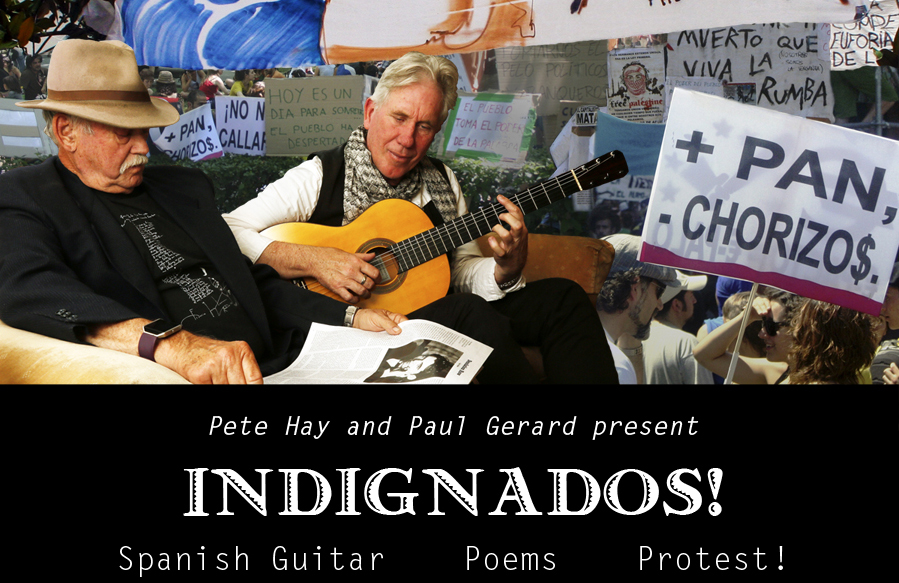 And there’s more to report. My very great friend and erstwhile colleague, Professor Jamie Kirkpatrick, is about to launch not just one, but two books. Jamie’s still in harness, but in the years leading up to my retirement we duelled for the title of He-Who-Has-Successfully-Supervised-Most-PhDs-in-the-University of Tasmania. He always had his nose in front, though. I once introduced him in public as knowing more about Tasmania than any other living person. Doubtless I’ll do so again. And I should tell you that, a much-loved Prof he might be, but there’s nothing as dry as chips about Jamie’s new books. They are a whimsician’s delight. Art by Nature asks the question ‘does all human art mimic nature’, and Jamie makes a good case that it does. You will learn to see differently on many levels with this extraordinary and beautiful little book. (The headline image on this post is from Art by Nature, and it’s called ‘Gargoyles Emerge’).

Then there’s the headline act which is something else entirely. Mr Caterpillar and the Special Timbers Incident is billed as ‘a morality tale for caterpillars, children and adults’. Find out more by coming to a performance based on the book at the launch of both – at the Kingston Community Hub on the 7th of December, at 4-6pm. There will be food beloved by caterpillars and a performance starring musician Emily Sheppard, what I’m calling ‘Hans’ Band’ and The Mr Caterpillar Collective. AND, there’s also an exhibition of fine art quality prints from the two books which will be open all weekend, 7th and 8th of December 2019, from 10-4. The prints would make great Christmas presents and conversation starters. Find out more here. 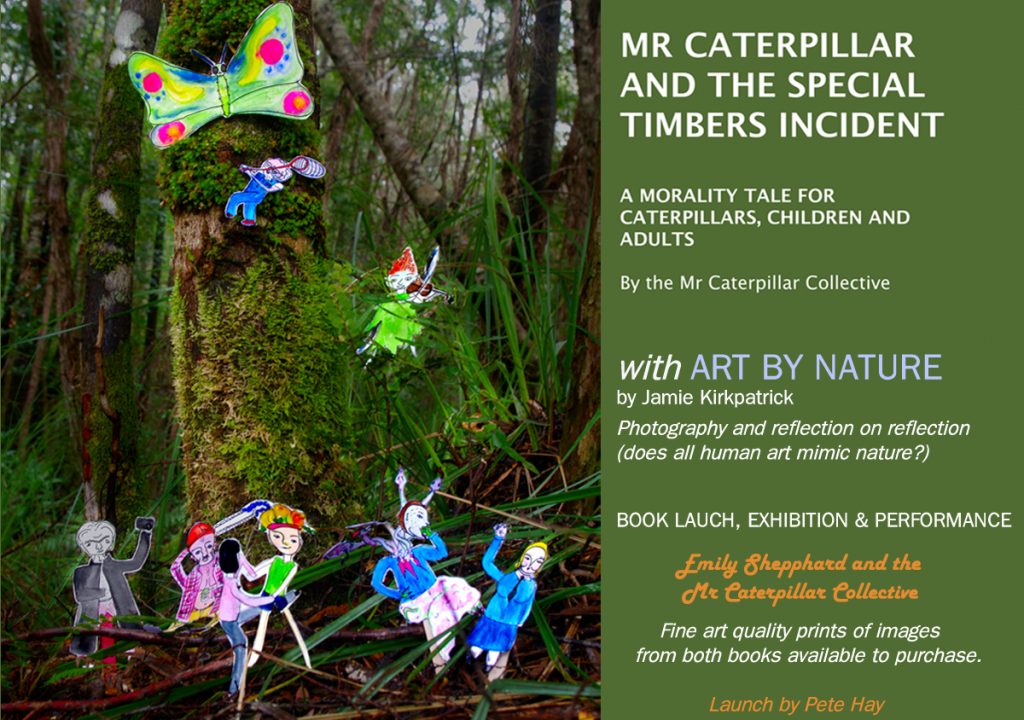